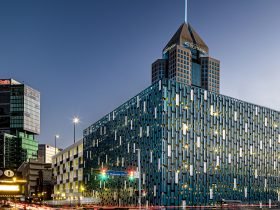 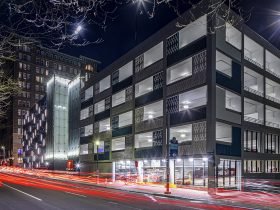 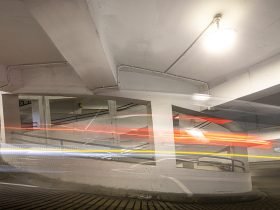 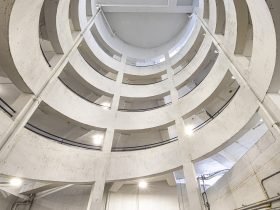 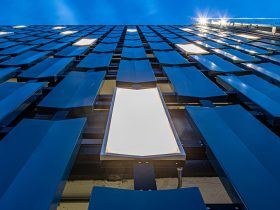 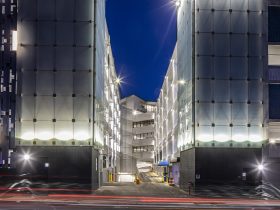 CWC was awarded the contract for the repair and preventative maintenance of the Ft. Duquesne and 6th Street Garage from the Pittsburgh Parking Authority (PPA) located in downtown Pittsburgh, PA. The project was designed to completely upgrade the aging structure through concrete repairs, structural steel strengthening of decks, and complete waterproofing and painting.

Ft. Duquesne and 6th Garage was built in two stages: the original garage and the expansion, which abuts both Ft. Duquesne Boulevard and 6th Street. The expansion portion of the garage was an outdated type of post-tensioning on a single tee pre-cast system that the engineers decided was in need of structural reinforcing. CWC installed structural steel beams from pre-cast stem to pre-cast stem and effectively cut the span of the deck in half. The other aspects of the project include placing sealants and deck coating on all floors, concrete full depth and partial depth repairs, painting of all steel and concrete, as well as some minor plumbing and facade upgrades.

The challenges encountered during the restoration of the Ft. Duquesne and 6th Street Garage included remaining open for use during construction and the PPA allowing only a certain number of spaces to be closed at certain times. CWC worked around the clock, performing lower decibel level work during a second shift when less cars were in the garage to manage the tight schedule.